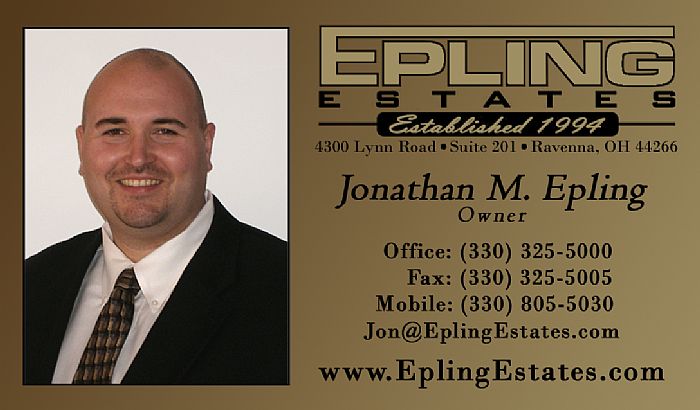 Jon started Epling Estates in 1994, when he built his first home in Kent during his summer break between his sophomore and junior years at Ohio State. Jon sold this home and earned enough profit to purchase some vacant land in Brimfield. The next summer, he built his first investment property on the land purchased in Brimfield, a duplex on the corner of Lor-Ron Avenue and Tallmadge Road. What started with a two-unit building in Brimfield has blossomed into an investment portfolio of over one hundred properties in six counties.

Jon is a Christian and a member of The Chapel in Akron. One of Jon's favorite Bible verses is Colossians 3:23-24, "Whatever you do, work at it with all your heart, as working for the Lord, not for men, since you know that you will receive an inheritance from the Lord as a reward. It is the Lord Christ you are serving."